Joined Dec 30, 2015
·
229 Posts
Went to Wharton State Forest yesterday to explore in the snow - it's not often south NJ gets more snow than north NJ or PA, but this was exactly the case. Ideally, I wanted to arrive early enough to catch the snow clinging to the pine trees, but... we're lazy and like to sleep, and didn't end up heading into the woods until about high noon. Even though we got a late start, and it was a windy day, there was still a lot of snow to be seen in the trees.

We entered at Atsion on Quaker Bridge Road, worked our way down to Batsto, then came back up towards Apple Pie Hill where the firetower is, and exited at White Horse and Chatsworth Rd. If you plan on doing anything like this, make sure you pre-load all your maps first - cell service is very limited/nonexistent in the pine barrens.

Here's the route we took: https://goo.gl/T7eVNr

And of course, the photos. Full gallery, here: https://zrepp.smugmug.com/Adventures/Wharton-1817/ 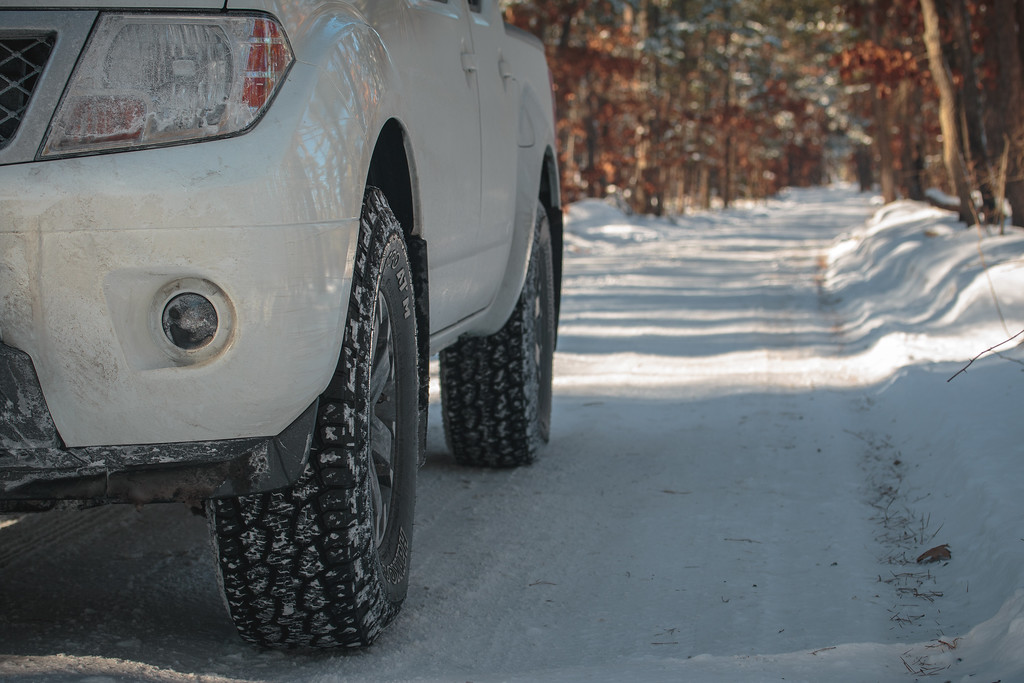 Looking northwest over the western branch of the Mullica River. 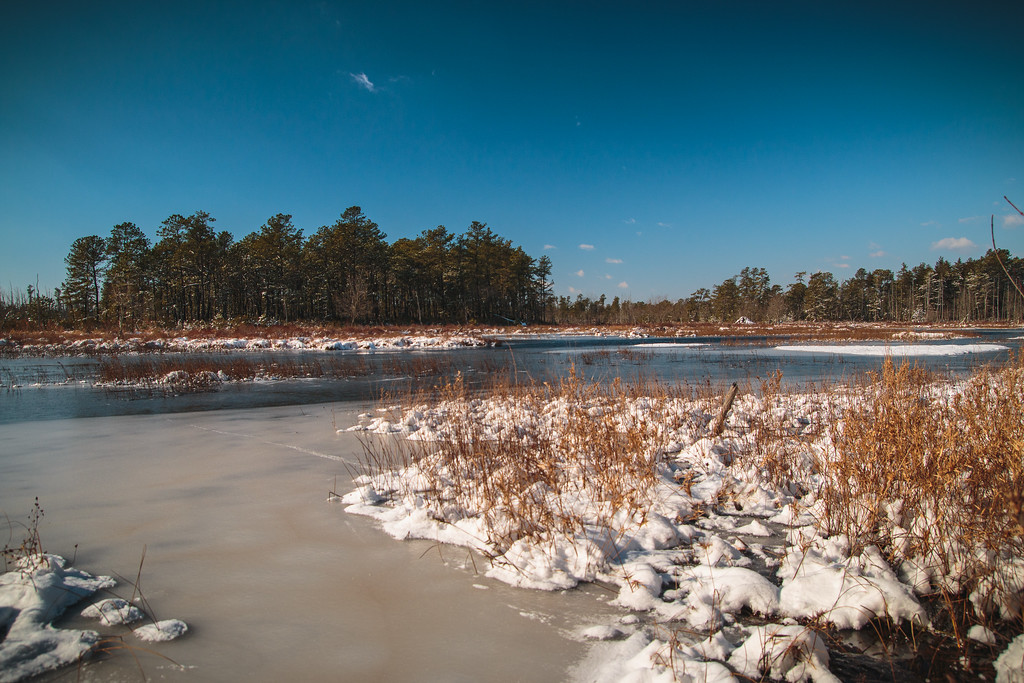 Looking south over the Mullica River. 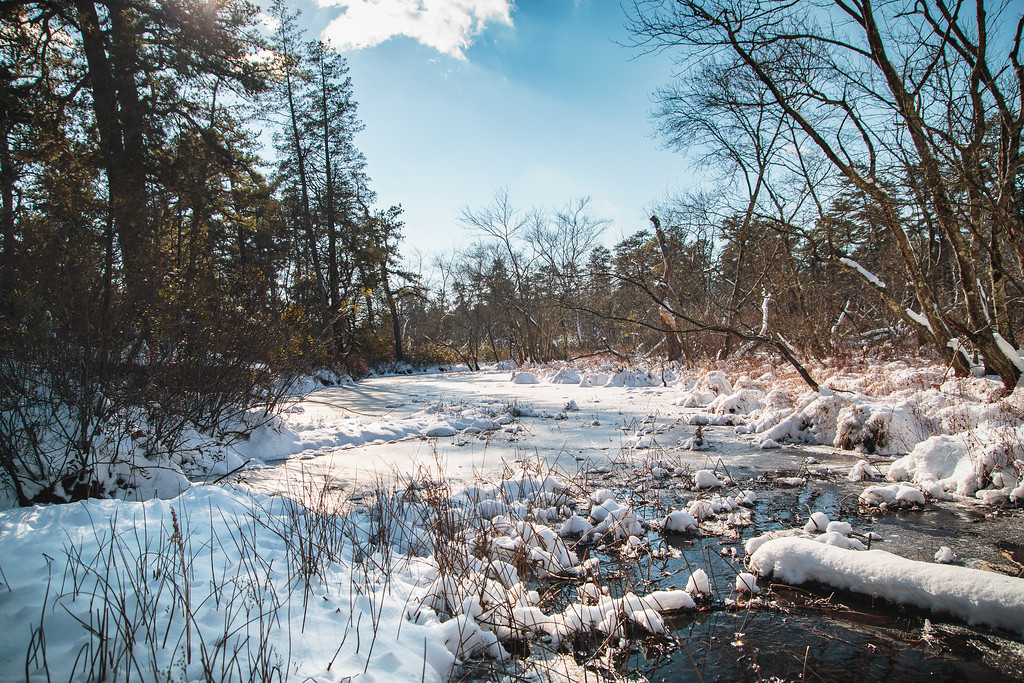 The original goal was to take Mullica River Road all the way down to Batsto...

But unfortunately it turns into a non-motorized vehicle trail about 1/3 down...

So, we improvised and took a marked side trail to Middle Road.

A little tight but not too bad.

The forest with the snow was gorgeous, though.

Eventually we made it to the eastern branch of the Mullica River.

Moon boots might be ugly but man they are great in the snow.

Overall the trails weren't too rutted up, but there were areas where picking a line was important.

Our southernmost point was Batsto Village, an iron ore mining settlement that dates back to the late 1600s. 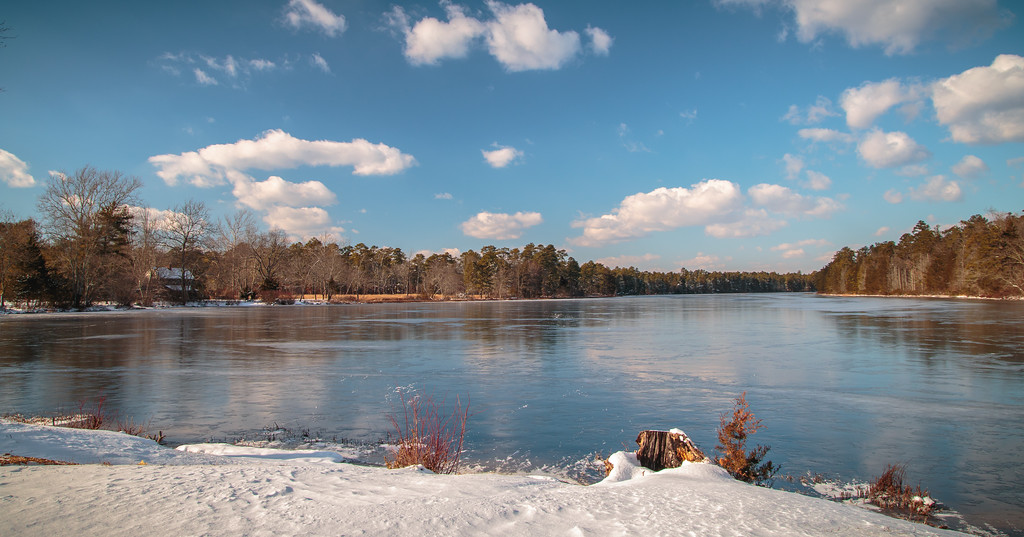 There are several bridges and crossings in Wharton State Forest - this one is Hawkins Bridge.

I found that the wife can levitate.

And we also found some old Cranberry bogs at the ruins of Friendship Settlement. 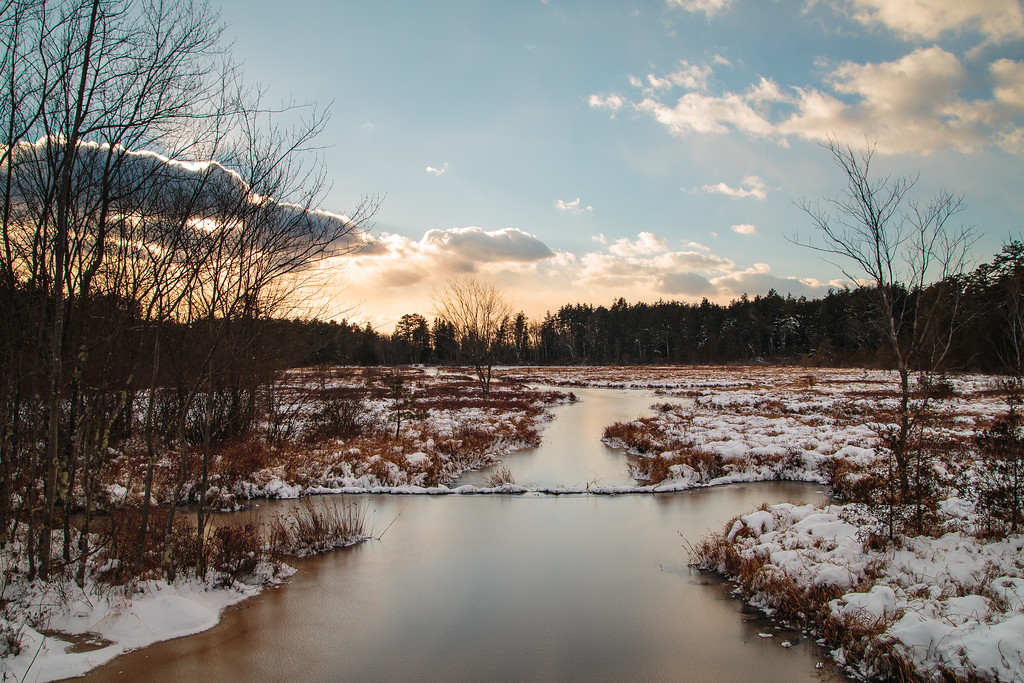 I also want to head back down and re-shoot this majestic tree from another angle.

The final destination within the forest was the fire tower at Apple Pie Hill, the highest point in the pine barrens.

If you're lucky, you can catch someone at the tower, and with their permission, you may climb it. We were not so lucky.

But, the light from the top of the hill was stunning.

The wind was still shaking the snow from the trees, even at 4:30. 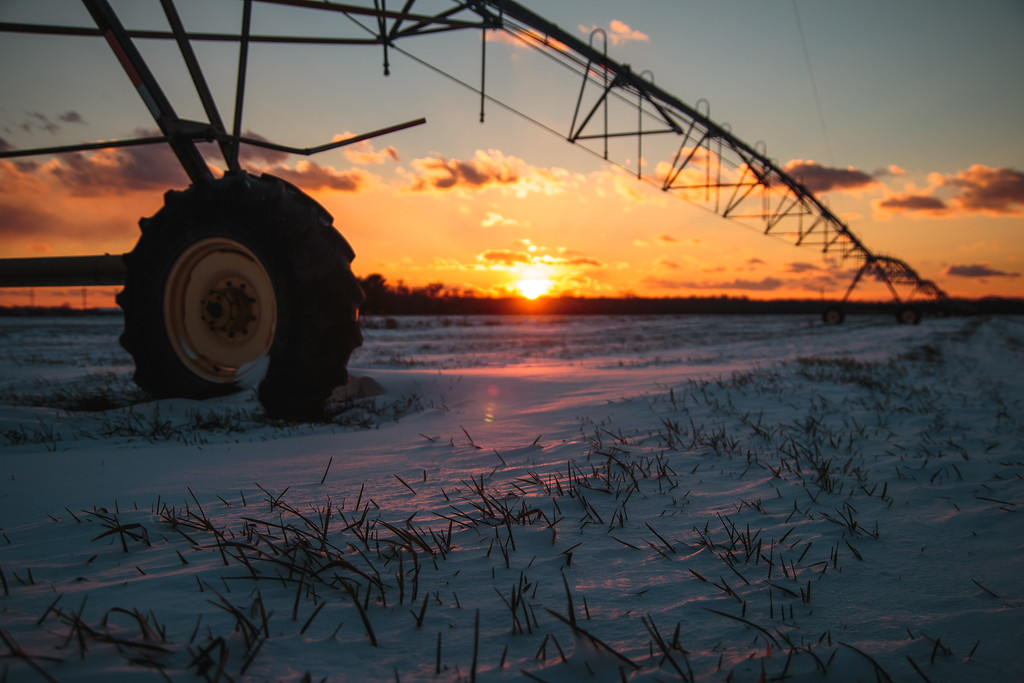 Sent from my XT1585 using Tapatalk

Sent from my XT1585 using Tapatalk
Click to expand...

Had a lot of fun out there.

JettyLife said:
Awesome photos! After looking at the map, that place is like 15min from my house and I didn't even know it! I'll have to take a ride out there.
Click to expand...

This is an older thread, you may not receive a response, and could be reviving an old thread. Please consider creating a new thread.