10/24. Balanced tires at Firestone due to shaking at interstate speed.
F

the KA24DE is a indestructable engine, if maintained.
I had 336,000 miles on my '98 Frontier XE when it was totaled, of I would still be driving it...

FrontyCB00 said:
I'll be using this thread as a service record for my truck.

The goal is to fix the car up with my son, who's a senior in high school, and either give it to him or sell it and use any profit to go towards something a little nicer for him. I'll let him decide. In the mean time, this project will be a good learning experience for him. If he decides to keep it, I'll upgrade some things like tires and audio.

Fortunately, the truck has a timing chain, from what I saw online, so I don't have to worry about that. Former owner said she replaced the water pump and power steering pump.

Last weekend I got some used tires, as 3 of them were completely bald and were showing threads. They're not pretty, but at least it's safe to drive now. I also replaced the valve cover gasket as it was leaking heavily. That ran me another $40. I could have gotten it cheaper online, but I really needed to replace it soon because it was leaking so much oil. Also replaced the windshield wipers.

This morning, I replaced the interior driver door handle, because the locking lever was broken on the old one. I got this for $9 on eBay.

- Possibly a new radiator. This one seems to be leaking along the top. I checked the cap and it seems to be fine. Will require more testing, but a new rad is only about $55.

- Power steering gear box is leaking. A new kit is around $40 or less. A reman one is $255. Not sure about used, but I'd like to learn how to rebuild this one. Also will require a flush with new AT fluid.

- the radio doesn't work. I found a JVC with bluetooth at Walmart for $60. I'll probably go for that.

- I can smell exhaust when I run the a/c or heater. Not sure where an exhaust leak would be coming from.

- Service Engine Soon light is on. Not sure if this is an oil change reminder or a check engine light. Could be related to the exhaust leak I smell in the cabin.

- Clean the engine with degreaser, top and bottom. It's coated with oil due to all the leaks. This will allow me to see if there are any other leaks.

- Belts look ok for now. I'll decide if it needs new ones when we remove the rad, but they aren't making any noise.

- I found an oily wet spot where the transmission and motor meet at the bottom. Not sure if this came from the valve cover gasket leak or if it's the main rear seal. If so, I'll have to remove the transmission. Fun. It might be smart to replace the clutch, but it could very well have another 25k miles on it, and if my son decides to sell it, I'd rather save myself the money in parts. Will also have to grease the clutch fork; it squeaks. We'll save this job for dead last.

- Coolant flush. The truck isn't overheating, but if he decides to keep it, we'll also change the thermostat and hoses.

- Pull and Bondo the dents and repaint the truck and wheels. I'm not a pro at painting and body work, but I have the equipment and can make the truck look more presentable.

- Change the oil and filter

- Clutch start switch isn't being pushed in by the pedal. Needs some kind of padding where the rubber pusher used to be.

- All wheel alignment, if he decides to keep it.

I think that's it. Once these things are fixed up, this truck will run smoothly and look much better. It'll be a great experience with my boy. Hopefully I can make a little profit off it, too.

Joined Jan 28, 2011
·
39 Posts
Same truck. Bought it new for $14,000 in 2001. About 130,000 miles. Runs perfect and such a great truck. I did replace the replace the front brake rotors, calipers and pads with Power Stop setup as the factory calipers are crap. Bilstien shock, Magnaflow muffler, K&N air filter and i have always kept detailed and it is kept inside mostly. NFS though.
S

I ran through three sets of those Firestone Firehawk Indy 500s on my '00 XE and loved them...until they were discontinued. Quiet w/ decent street traction. Had the 235/60-15s that mimicked the factory tire height but provided a bit stouter look.

(So, pointing out that those tires are getting up there in age, fwiw.)
F

Man, ours is such a beater, I couldn't imagine it looking as clean as yours. We're pushing 170k and still mechanically sound. Clock spring is busted, but I just ran some wires to a cheap horn switch on the side of the steering wheel. The part is too expensive for just a horn.
F

The truck had burned through a bit of oil or maybe a seal has a slow leak. Reminder to check the seal at the crank pulley.
S

Joined Jan 16, 2018
·
63 Posts
8/14/21 170,443
Replaced the crankshaft pulley with a Dorman 594-435. The original one was warped. I used a 27mm socket from Harbor Freight for the pulley bolt. I loosened it by using an 18" breaker bar against the frame of the car. I rented the puller that has 3 arms to extract the pulley. Then, I tightened the new one by wrapping a strap around the new one and hooking the strap to the frame. It took some turns to finally grip, but it worked like a charm.

Installed CD player JVC KD-TD71BT. Player wouldn't turn on. Used volt meter and found the red wire wasn't receiving power. Checked the fuse labeled "mirror", #18 in the link below, and it was blown. Replaced fuse, and the radio powers on. Also, I spliced the radio's ground wire to the cigarette lighter ground wire with a plug. 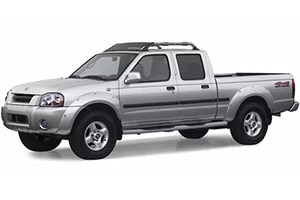 Damn, just realized I changed the oil 2 months ago. Oh well. It had burned through about half a quart of oil. It could have been from the old crank pulley seal which I've replaced since then. Will keep an eye on the oil level.

Will change the PVC valve next time.
F

Tightened battery posts. The truck had lost all power when I turned the key to turn it on. Turned out to just be a loose negative battery post. Also, I used a rubber tarp strap to hold the battery in place since there wasn't anything holding it in place.

The other day there was a hesitation in starting as if it wasn't getting fuel. Ordered a new fuel filter since it's been almost 30k miles; on an old car, the filter will get clogged faster due to years of rust and residue build up.

Also, 2 weeks ago, the lighting to the gauges and AC controls went out, as well as my tail lights. Turned out to be a 15 amp fuse under the hood. Replaced and now good to go.
F

I found the filter mount/fuel filter guard to be awkward. So re-engineered that to be easier to R&R. I'll do this on my other Frontier next time I need to change its fuel filter.